Based in Ottawa since 2015, Andrew Carswell currently serves as the senior delegate to Canada for the International Committee of the Red Cross (ICRC).
Between 2011 and 2015, Andrew was ICRC’s senior delegate to the U.S. and Canadian Armed Forces, advising Combatant Commands, deploying operational units and advanced military colleges regarding ICRC’s field interaction with armed forces and the international legal framework governing military operations. Between 2009 and 2011 he served as advisor for the ICRC’s Unit for Relations with Arms Carriers in Geneva, where he supported twenty-five armed forces delegates worldwide regarding their efforts to implement the law of armed conflict at the national level; and between 2006 and 2009 he was based in Pretoria as Regional Delegate to the Armed Forces of Southern Africa and the Indian Ocean. He has served on ICRC operations in Jordan regarding Syria, Afghanistan, Rwanda, South Sudan, Madagascar and Zimbabwe, amongst others. Prior to his career with the ICRC, he served as an officer in the Canadian Armed Forces Office of the Judge Advocate General (2000-05), where he specialized in military prosecutions, international law and legal training. He was deployed to the NATO chain of command as a divisional legal advisor in Bosnia (2002) and served as third in command of the Canadian Military Prosecution Service (2003-05). Before joining the military, he was a criminal prosecutor in the city of Calgary, Canada (1997-2000). He performed his articles of clerkship at the Court of Appeal of Alberta (1996-97), and remains a member of the Alberta Law Society. He has authored publications on the law of armed conflict.

A Canadian national, Andrew holds a Master’s degree with distinction in the international law of armed conflict from the University of Geneva and the Graduate Institute of International Studies, in addition to a law degree from Cardiff University and an undergraduate degree in politics and history from McGill University. 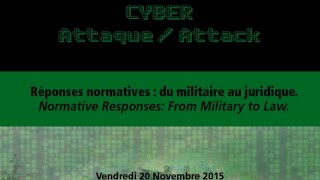