Jon was honoured with Lexpert’s Rising Stars award in 2013 as one of Canada’s leading lawyers under 40 and by Business London Magazine as a member of London, Ontario’s top 20 under 40. Jon has also been profiled several years in a row in the Globe and Mail’s annual Report on Business Litigation Feature as a leading Canadian class action litigator and in Lexpert’s annual US cross-border litigation guide as a leading cross-border litigation lawyer in class action matters.

Jon and his team are strong, determined, creative and detail-oriented lawyers with an intense focus on rebalancing the scales of justice to solve big problems for consumers, shareholders, employees, retirees, musicians, businesses large and small, among many other kinds of stakeholders in class action litigation.

Recent successes include a $10 million recovery for borrowers of Payday loans from the Cash Store and Instaloans, an $11 million recovery for shareholders of the publicly traded stock in Baja Mining and a $4.77 million settlement involving price-fixing of certain hermetically sealed compressor units used primarily in refrigeration and freezing applications. Other examples of Jon’s work include an $80 million settlement of the Dynamic Random Access Memory (DRAM) price-fixing matter and the highly successful settlement distribution plan in that case which paid money to nearly one million households, businesses, institutions and governmental entities all across Canada, and a $45 million dollar settlement of an unpaid royalties/copyright law case for musicians and music publishers.

Jon also has as much trial experience as any plaintiff side class action lawyer in Ontario, having acted for class members in two major class action trials lasting a total of nearly 80 days between them with appeals to higher courts in each case. In one of those cases, the team proved that two major Canadian financial institutions had violated their governing regulatory statutes in carrying out two financing transactions which affected nearly two million class members as stakeholders of the companies, resulting in the unwinding of those transactions, the repayment of nearly $60 million dollars and the cancellation of unlawful accounting charges and entries which affected the class members’ legal rights and interests.

Jon is also an adjunct law professor at Western University where he teaches class actions to upper year students in the JD program.

Jon also frequently writes papers and presents on class actions at leading legal conferences offered by the Ontario Bar Association, the Law Society of Upper Canada, the Advocate’s Society, and the Osgoode Class Actions Symposium. Jon is often called upon to provide legal commentary to media outlets across Canada on class actions generally and in respect of his cases, particularly in the settlement distribution context. Jon has been interviewed by CBC, the Globe and Mail, the National Post and the Toronto Star among many others.

Jon is a graduate of the law school at Western University and also completed the “Emerging Leaders in Law Firms” executive legal program at the Harvard Law School.

Jon was a gold medal winner at the 1997 Canadian University Track and Field Championships, was the Captain of the University of Western Ontario Track and Field Team (1995 to 1997), and earned First Team All Canadian status as a track and field athlete. 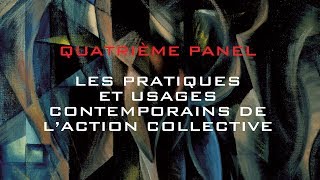