Professor Daniel Jutras’ teaching and research interests are in civil law and comparative law, and he now conducts research in the law of obligations from a comparative and pluralist perspective. He is also pursuing a few research projects on judicial institutions and civil procedure. Professor Jutras is frequently invited to speak on these issues before judicial and academic audiences in Canada and in Europe.

From 2002 to 2004, Professor Jutras was on leave from the Faculty, and acted as personal secretary to the Chief Justice of Canada, the Right Honourable Beverley McLachlin, in the position of Executive Legal Officer of the Supreme Court of Canada. He is a former Director of the Institute of Comparative Law and has served as Associate Dean (Admissions and Placement), and Associate Dean (Academic) in the Faculty. He was Dean of the Faculty of Law from 2010 to 2016, after having previously led the Faculty as Interim Dean for a period of eight months.

He was named to the Wainwright Chair in Civil Law in 2011. In 2013, Professor Jutras was appointed by the Supreme Court of Canada to serve as amicus curiæin the Reference on the Reform of the Senate of Canada, and was awarded a Queen Elizabeth II Diamond Jubilee Medal. The Barreau du Québec awarded him the Advocatus Emeritus (Ad.E.) distinction in 2014 and its Mérite award in June 2016.

In January 2016, Professor Jutras was named a federal member of the Independent Advisory Board for Senate Appointments by the Honourable Maryam Monsef, Minister of Democratic Institutions. 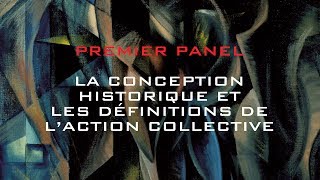