Jasminka Kalajdzic joined the Faculty of Law in 2009 after twelve years in private practice as a civil litigator. Her current research focuses on three areas: access to justice; class actions; and legal ethics. She has published two books and a number of recent peer-reviewed articles, including papers on judicial approaches to settlement standards in class actions, legal ethics and class action praxis, and commercial litigation funding.

Professor Kalajdzic has presented her research at a number of conferences, including the 5th Globalization of Class Actions and Mass Litigation in The Hague (December 2011), the 2012 Law and Society Association Conference in Hawaii, and the 43nd Annual Consumer and Commercial Law Workshop at McGill University (October 2013). She regularly makes presentations to the bench and the bar, including for the National Judicial Institute. She has organized two successful conferences: a two-day conference held in March 2011 entitled « Accessing Justice: Appraising Class Actions Ten Years After Dutton, Hollick & Rumley »; and a two-day conference held in July 2013 entitled « Commercial Litigation Funding: Ethical, Regulatory and Comparative Perspectives ». In 2015, she published the Law of Class Actions in Canada (Carswell), a text co-authored with the Honourable Warren K. Wiinkler, Justice Paul Perell, and Alison Warner. In 2016, she prepared significant updates to the National Judicial Institute’s Bench Book on Class Actions.

Professor Kalajdzic teaches Access to Justice, Evidence, Class Actions and a Law & Catastrophe seminar. She served three years as the Articles Editor for the Windsor Yearbook of Access to Justice, the faculty’s refereed law journal. In July 2014, she was appointed to her second three-year term as a member of the Law Foundation of Ontario’s Class Proceedings Committee, and in 2013, to the Law Commission of Ontario’s Advisory Group for its Class Actions Project. Professor Kalajdzic was a Visiting Scholar at Tilburg University, The Netherlands, in October 2015 and at Melbourne University in May 2016.

Professor Kalajdzic is currently serving a two-year term as Associate Dean of the Faculty of Law. She will be teaching a course on class actions with Prof. Deborah Hensler (Stanford) and Justice Bernard Murphy at Melbourne University in July 2017. 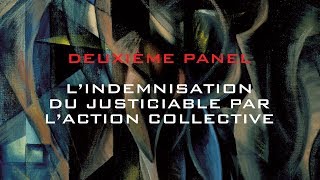