Natalie Lichtenstein is a US lawyer who has specialized in legal issues at international financial institutions and legal development in China since the 1970s. Following a 30-year legal career at the World Bank, she continues to teach and consult in these areas. From 2014-2016, she served first as the Chief Counsel for the establishment of the Asian Infrastructure Investment Bank, and then as its inaugural General Counsel.

Early on in her career, she was involved in legal aspects of US participation in international financial institutions as a lawyer at the US Treasury Department. She also worked on normalization of relations between the US and the People’s Republic of China.

Joining the World Bank legal department in 1980, she advised on lending operations in China and other countries for most of the next 20 years. She served as Chief Counsel, East Asia in the 1990s, when she was an early leader in legal technical assistance activities. From 1999-2010, she served in senior positions, specializing in the Bank’s institutional governance issues and reforms, legal opinions and Board governance. In her last assignment, she led the work on reforms to enhance voice and participation of developing countries in the World Bank Group.

She was an Adjunct Professor at the Johns Hopkins School of Advanced International Studies (SAIS) in Washington, DC, offering a course on Law and Society in China (2007-2017). She has also taught Chinese law at George Washington University Law School. Her consulting work for international organizations in China has included a review of the EU-UNDP Governance for Equitable Development Project and a report on Asian Development Bank’s Technical Assistance for Legal Development in China. She was appointed to the Advisory Board of the Duke-Kunshan University in May 2014. She is now a Visiting Scholar at SAIS China Studies.

She is the author of A Comparative Guide to the Asian Infrastructure Investment Bank (Oxford University Press, March 2018), and numerous articles in professional journals. 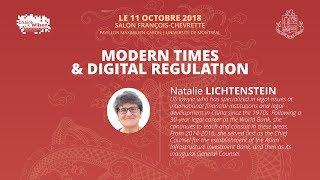