Catherine Piché is a professor of law at the Faculty of Law of the Université de Montréal, who specialises in civil procedure and evidence law, complex litigation, comparative law and conflict of laws. She is the creator and director of the ClassActions Lab, studying issues related to class actions in Quebec, created in spring 2015. She holds a doctor of laws from McGill University’s Institute of Comparative Law (D.C.L., 2011), entitled “Fairness in Class Action Settlements”and published by Carswell. She is a graduate of the University of Ottawa (LL.L. magna cum laude, 1997), of Dalhousie University (LL.B., 1999) and of New York University School of Law (LL.M., 2001). She is also a member of the Barreau du Québec and of the New York Bar. For more than six years, Professor Piché practiced commercial litigation in large law firms in New York and Montreal, where she then defended class actions and acted in complex litigations. She also clerked at the Federal Court of Canada, Appeal Division.

She has published extensively in the areas of civil process and procedure, and several of her articles address class action law issues such as the requirements for certification, the relationship between class actions and culture, the roles of the various class action actors and class action settlements. They have notably been published in the Canadian Class Action Review, Class Action Report, the Supreme Court Law Review, the Journal of Civil Law Studies and the Ottawa Law Review. She has also presented at numerous national and international conferences addressed to judges, lawyers and academics, about a wide variety of issues related to class proceedings and complex litigation. Finally, her recent research interests focus on seeking and obtaining empirical data about case management and settlement conferences in class actions, as well as exploring the use of modern technologies in such proceedings. 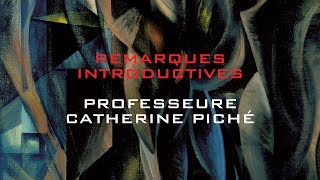