Johanne Poirier joined McGill’s Faculty of Law in August 2015 as the inaugural holder of the Peter MacKell Chair in Federalism. For 2015-2016, she will be teaching Constitutional Law with Professor François Crépeau (PUB2 101), as well as a course on comparative federalism (PUB2 503).

Previously, Professor Poirier was a faculty member of the Université libre de Bruxelles (ULB), where, between 2004 and 2015, she taught various courses on comparative law, federalism and European regionalism both at the Faculty of Law and the Institute of European Studies. From 2008 to 2012, she also co-directed the ULB’s Center for Public Law.

She has participated in a number of expert missions on constitutional design in Spain, Belgium, Tunisia, Bosnia & Herzegovina, Rwanda, the Philippines, Sri Lanka, Sudan, South Sudan, and Nepal. She also has been a board member of the Forum of Federations since 2007.

Prior to her academic career, she worked as a Law clerk for the Hon. Charles Gonthier of the Supreme Court of Canada, and as a constitutional lawyer for the Canadian Department of Justice. 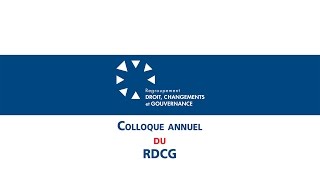